The Most Boring Name in News 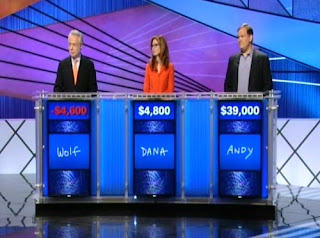 America has spoken and it has decided that the charisma of Wolf Blitzer, Lou Dobbs and Larry King is just not charisma enough.

...CNN’s programs were behind not only Fox News and MSNBC, but even its own sister network HLN

It's as if CNN hired a cast of Jay Lenos.

Wolf Blitzer has two traits, incredible blandness and mixed with stupidity; Larry King is a horrid mix of Charlie Rose and Methuselah. CNN tries to play off the notion it doesn't "spin" news, but what the heck is Lou Dobbs? Dobbs ratings are terrible, so bad that when his contract is up he won't even be able to do the "Tucker Carlson Failure Tour" and hit each and every cable news network while circling the drain. MSNBC doesn't want him, even FoxNews doesn't want him.

If Lou wants to work in TV, it looks like he'll have to do news on Telemundo.

Makes you wonder if they had decided to be a news network and actually present more substantive and well-reported news stories rather than the path of concern-trolling how they would be doing? Maybe they should change things?

[Cross-Posted at Firedoglake]
Posted by Attaturk at 3:39 AM