We must be allowed to deduct "the Hajj" 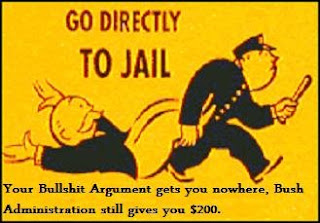 Well, just when you think you may have just ONE day in life where your snark can outdo reality, you find out how absurd the world has been made. And not in a good way:

The private military company Blackwater has cultivated a patriotic reputation, with its staff of retired military and former police officers, and the requirement that most of its workers swear an oath to support and defend the U.S. Constitution.

Blackwater’s aviation wing recently filed a unique request in federal court, where the widows of three American soldiers are suing the company over a botched flight supporting the U.S. military in Afghanistan.

The company, based in Moyock, doesn’t want the case heard in an American courtroom under American law: it wants the case heard under Shari’a, the Islamic law of Afghanistan.

Don't let too many Republicans know this, but Shari'a law is apparently great for business and bad for the most evil people on earth, not Al Qaeda silly, AMERICAN TRIAL LAWYERS:

The company argued that the lawsuit must be dismissed; legal doctrine holds that soldiers cannot sue the government, and Blackwater’s aviation wing was acting as an agent of the government.

Last year, a series of federal judges dismissed that argument.

In April, Blackwater asked a federal judge in Florida to apply Islamic law, commonly known as Shari’a, to the case. If the judge agreed, the lawsuit would be dismissed. Shari’a law does not hold a company responsible for the actions of employees performed within the course of their work.

If this becomes well-known, the GOP's corporate base will become fundamentalist Muslims faster than you can say Mecca Oil & Gas. James Taranto is wearing a burka already (he's very confused).

[cross-posted at Firedoglake]
Posted by Attaturk at 5:31 AM