The Spirit of the Season

Being accused of the occasional murder of a teenager and a series of sexual assaults. In many instances that would make you socially anathema. But not in our modern FoxNews America!

George Zimmerman has a new hobby. He's auctioning his first hand painted artwork on eBay. The oil painting drew a bidding frenzy as soon as it was posted Monday on the auctioning site. As of Tuesday morning, there were 98 bids, with the leading bid standing at $99,966. In the description, Zimmerman says painting has been a way to express himself, his emotions, and the symbols that represent his experiences

I'd like to sell a painting I made expressing my opinion of George Zimmerman and his horrible enablers. But the late Mr. Cash long ago beat me to it. 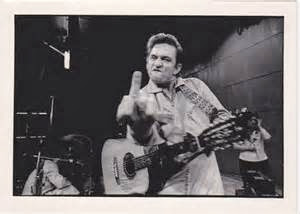 And hilarity ensues. The auction price is up to $110,100 with three days to go. At this point you’ve certainly got several people furiously bidding against each other with pretend dollars for the privilege of telling the “artist” where he can stick his “painting” once the auction is finished.

As with everything else by George Zimmerman, this will not end well.

Hmm. With money like this floating around, I suspect Mr. Zimmerman's next entanglement with the courts will be over tax evasion.

Zimmerman and Bush should set up a show of their artwork together. They could call it, "Works by Unpunished Murderers".

Will the highest bidder on the "painting" also receive gift cards to Chick-fil-A™ ?

I wonder if those high bidders have names like "Hugh Jass" or "I. P. Freely"?

Not surprising that some fools are so willingly parted with their money. What's mystifying to me is how they ever got together in the first place.

a fool & his money are soon parted.