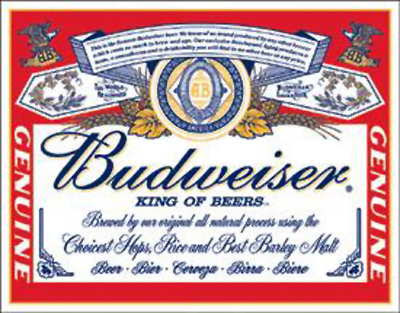 NYT -- Anger and Dismay at the Sale of a City Treasure:

“We were betrayed,” said Mr. Liszewski, who was still not sure he could believe the news that the company had agreed to be sold. “The good Lord was sold out for 30 pieces of silver. We were sold out for $70 a share.”

August A. Busch IV, the scion who runs the family brewery that makes Budweiser and Michelob and dates to before the Civil War, had vowed that there would be no sale on his watch. But in the end, sentiment and tradition were no match for a $52 billion offer from the Belgian beer giant InBev.

All around this old Midwestern city famous for its brew, heads have been shaking in disbelief. Budweiser, the king of American beers, will belong to Europe....

InBev has pledged not to shut down any of Anheuser-Busch’s 12 breweries in the United States. But many here still feel here as if a treasure is endangered.

As Opal Henderson, a 78-year-old auto salvage yard owner, put it, “Why can’t those foreigners just stay at home and leave us what we have?

I assume that Ms. Henderson understands that there are two parties to this sale: buyer and seller. Curious that she doesn't blame the Busch family for being lead into temptation by $52MM pieces of Belgian silver. I also wonder if she knows that the presumptive Republican nominee for president will benefit handsomely from the sale of this American institution. The "free market," taketh, Ms. Henderson. And then, she giveth to John McCain.

If I were a Democratic legislator, I might try to block this sale, perhaps on anti-competitive grounds. The Republicans -- "free traders" all -- would be forced to go along or look like they were siding with greedy foreigners against the American worker and an American institution. It won't work, of course. No legislator is a match for the "free market," but it would embarrass Republicans in an election year, force John McCain to argue against a deal that would benefit him to the tune of between $800,000 and $1.6MM, and, most importantly, clue Democrats in to people like Mr. Liszewski, who was able to make an "excellent life" out of what sounds like one of the last good blue collar gigs in America. There are a couple of them still out there, and there need to be a whole lot more.
Posted by res ipsa loquitur at 2:53 AM