As hard at it is to believe after all these years... 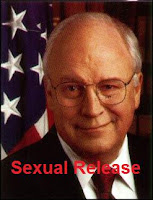 Dick Cheney continues to be a lying sack of shit:

An intelligence source familiar with the situation says the answer is No.

“The agency has received no request from the former Vice President to release this information,” the source told me a few moments ago.