This situation absolutely requires a really futile and stupid gesture on somebody's part... 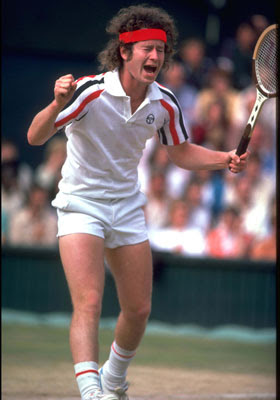 Six months and eight days from today, New York will hold a mayoral election, but to read the papers and listen to the buzz in the streets, you'd never know it. Although City Controller William Thompson is technically running against incumbent Mike Bloomberg, the interest generated by Thompson's candidacy is near nil. That Thompson is a less-than-exciting candidate, an anachronistic "Board of Estimate Democrat", and impoverished compared to the self-financing billionaire Mike Bloomberg is a given. That Bloomberg will win the election is all but certain. That said, it's insulting and boring (not to mention dangerous) to let Bloomberg just steamroll his way back into a third term in a de facto uncontested rout.

Last night I was talking with Culture of Truth and I decided that what this race needs is a novelty. If we can't have a serious candidate who can give Bloomberg a run for his money, we might as well have an entirely UNserious candidate who can liven up the race and the city, which is mired in the doldrums of recession. It worked in 1969, when Norman Mailer and Jimmy Breslin ran on the "No more bullshit!" ticket, for mayor and city council president, respectively. (They came in fourth in the primary.) Anyway, CoT and I came up with a few ideas, as did my friend Exposito, who offered what I think is the most plausible and interesting idea so far in the form of native New Yorker, unrepentant big mouth, and reformed brat, John McEnroe. Let's face it -- McEnroe could get the press attention necessary and he's not shy. I think it would be fun to see him up there spewing and holding Bloomberg's feet to the fire.

Here's a list of other potentials we discussed. Put your suggestions in comments. Only requirement is that the person is a New Yorker, not a full-time politician, and could give this race a pulse.

And I swear that if he hadn't died, Jerry Orbach could have taken it!
Posted by res ipsa loquitur at 10:57 AM