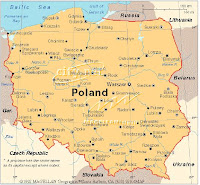 Not a lot, but something. Here's a policy change from the Bush Administration's "manufactured reality" division that appears to be on the way out and good riddance:

Barack Obama has abandoned the US's controversial plan to build a missile-defence system in Europe in one of the sharpest breaks yet with the policies of the Bush administration, according to reports from Washington today...

The decision will be framed by many on the right as "appeasement" (when don't they pull out that cliche?), but a costly boondoggle is a costly boondoggle. Putting 10 silos in Poland and a big ass radar station in Czechoslovakia (d'oh!) the Czech Republic will cost the U.S. taxpayer billions and accomplish nothing but a new political football for the east and west to squabble about -- but which achieves nothing realistic.

So that may be one stupid, expensive, and irrational policy down. I hope Glenn Beck cries.

[cross-posted to Firedoglake]
Posted by Attaturk at 3:34 AM