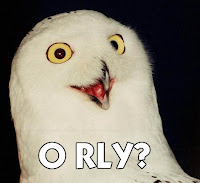 Fresh off a George W. Bush appointee dismissing her latest crank's case against Obama, Orly Taitz is not going to go gentle into that crazy ass night.

"[S]omebody should consider trying [the judge] for treason and aiding and abetting this massive fraud known as Barack Hussein Obama."

Don't worry Orly, Lou Dobbs will let you peak under the sombrero.
Posted by Attaturk at 4:22 PM