An Age of Miracles (if you're easily impressed) 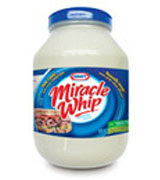 For several months I thought the miracle of the age was that we can buy a five-dollar submarine sandwich, but it appears I may have been mistaken.

After all, how awesome is it that "Not Joe" the "Not Plumber" dropped Sarah Palin from his calling circle…

Wurzelbacher touched on several different points during his speech, and many of them were surprising. He said he doesn’t support Sarah Palin anymore.

…while David Broder was there to add her to his, uh, prayer circle.

Those who want to stop her will need more ammunition than deriding her habit of writing on her hand. The lady is good.

We live in a time where Dick Cheney is still important enough to receive virtual "freedom tonguing" from Politico but he's not conservative enough for the Republican Party.