Oh shut the fuck up


Cameron told Church of England clergy gathered in Oxford that a return to Christian values could counter the country's "moral collapse" and blamed a "passive tolerance" of immoral behaviour for this summer's riots, Islamic extremism, City excess and Westminster scandals.

Ladies and Gentlemen, the classic British example of Christian values... 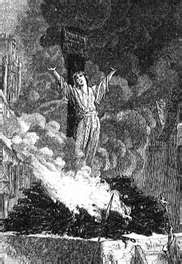 Of course, there is the Irish version next door:


The crisis erupted in November with the publication of an explosive Irish government investigation detailing the crimes and revealing that church leaders in Dublin had spent decades protecting child-abusing priests from the law. The Murphy Report found the Church had "obsessively" hidden child abuse from 1975 to 2004.

And then there's the particularly hypocritical American brand:

Greg Davis, the mayor of Southaven, Mississippi, "who ran unsuccessfully for Congress in 2008 on a conservative, family-values platform" according to the Commercial Appeal, has been forced out of the closet over receipts uncovered in a criminal investigation over misused expenses. The receipts included "thousands of dollars worth of liquor, expensive dinners at a local restaurant and a visit to an adult store catering to gay men"

via AmericaBlog
Posted by Attaturk at 8:33 AM

It's pretty much gotten to the point that whenever I read about some GOPer espousing "family values", I just automatically figure they are a closet case...

Think about it--- WTF, this is 2011: does any normal person really give a shit if somebody else is gay?

they have dirty minds.