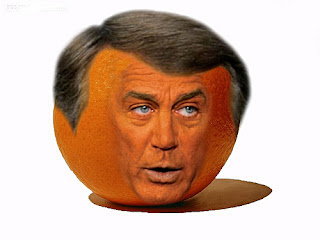 Raising taxes on working people is not the only winning political strategy the Republicans in Congress are giving the average American this holiday season.


The payroll tax bill sent by House Republicans to the U.S. Senate included two polluter poison pills, the Keystone XL provision for the oil industry and Boiler MACT language to protect toxic coal pollution. In an underreported move, the Senate stripped the coal poison pill. Now GOP members of the House are “committed” to put coal back in the Christmas stocking.

At least they are looking out for the intellectual property rights of polluters and pornographers. [cross-posted at Firedoglake] (pic via mikenitro94 at flickr.com)
Posted by Attaturk at 3:30 AM

...is over. Daddy never told Boehner what happens if you have a Braveheart monment in public.

Too busy keeping little Johnny away from the sauce, I suppose.

when are they gonna demand the bush tax cuts be extended for THE RICH?