We hate you most of all, everyone 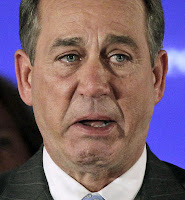 Now the trick is how to get these same people to the polls to vote the unworthy politicians out?

it's always the other congress critters, not yours. but how many teahadists get re-elected?

if cantor got primaried. could they go SO FAR RIGHT, a moderate could win?