A few days ago, NASA released some new pictures from the Lunar Reconnaissance Orbiter -- these are early pictures as they test out and adjust the orbiters imaging abilities. So the quality of these pictures will get even better.

But still even at this stage, how cool is it to see on this picture in the center (note the shadow) the image of the remaining descent-stage of Apollo 11? 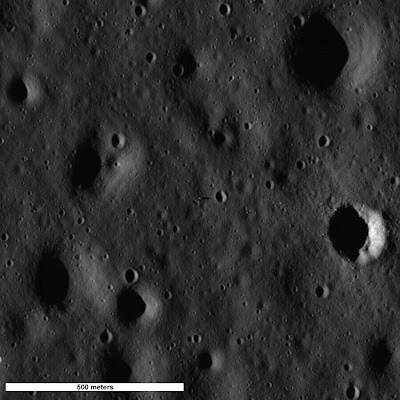 And even cooler, because the lighting conditions and the position of the orbiter were so good, the image of the landing area of Apollo 14 and the track of an experiment cart Alan Shepard and Edgar Mitchell dragged across the moon's surface. 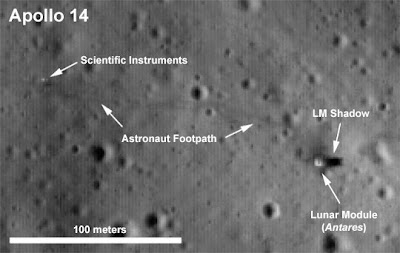