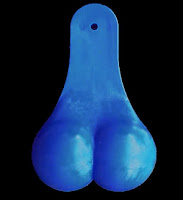 Once again, the international community is getting in the way of the United States obtaining full-release!


Britain and the other four permanent members of the security council have begun talks in New York on a resolution proposed by Britain that would authorise the use of military force in Syria as a response to its use of chemical weapons last week. Russia and China are firmly opposed to a security council resolution allowing force, and British government officials admit their initiative is likely to fail. But Labour said on Wednesday it would not support the government in Thursday's Commons vote unless ministers had tried to win security council agreement.

Oh, the joy of killing nameless, faceless, foreign folk DENIED by the pretense of doing something less noisy and visually arresting for broadcast. Hell, even France is on board this time!

I guess we'll have to go stretch the limits of our media commentators' limited imaginations (very very tiny and inadequate) and start renaming other ethnic foods this time.

I guess the food loonies can call falafels Billo pads...

can we lay seige to assad's compond?