The Bathtub Gin of Politics 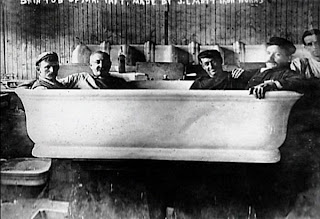 And Chris Christie is a "moderate" because no one, especially the media, cares to frame it any other way -- but the radio talkers do, and Christ Christie wants to fit into the White House.


After months of pressure from both sides of the gun control debate, Gov. Chris Christie today refused to sign three controversial gun control measures sitting on his desk — including a version of a weapon ban that he had called for.

Somebody just doesn't want to have to face the withering scorn of Rand Paul...so he's tough on something, just not being principled.

That's a whopper of a Freudian slip, or you're just being intentionally scary....