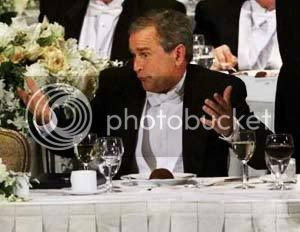 Missed this in yesterday's NY Times:

Income inequality grew significantly in 2005, with the top 1 percent of Americans — those with incomes that year of more than $348,000 — receiving their largest share of national income since 1928, analysis of newly released tax data shows.

The top 10 percent, roughly those earning more than $100,000, also reached a level of income share not seen since before the Depression.

While total reported income in the United States increased almost 9 percent in 2005, the most recent year for which such data is available, average incomes for those in the bottom 90 percent dipped slightly compared with the year before, dropping $172, or 0.6 percent.

The new data also shows that the top 300,000 Americans collectively enjoyed almost as much income as the bottom 150 million Americans. Per person, the top group received 440 times as much as the average person in the bottom half earned, nearly doubling the gap from 1980.

Those are numbers that reflect why, while we are focusing on Iraq and it's disaster, we cannot lose sight of the other disaster this Administration has wrought. Couple that with the abuse of civil rights and liberties and you get the "Worst President Ever" equation.

Let's get that minimum wage bill out before Larry Kudlow does another kilo!