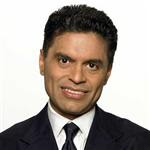 Fareed Zakaria says it's over over there so this must not be true:

A suicide bomber struck officials fleeing an ambush at the site of a blast in Mosul that killed at least 18 civilians and wounded nearly 150. The provincial police chief and two other officers were killed and one U.S. and one Iraqi soldier were wounded, the military said.

The attacker was wearing an explosives vest under an Iraqi police uniform when he struck, killing Brig. Gen. Saleh Mohammed Hassan, the director of police for Ninevah province, of which Mosul is the capital, according to the statement.

And since Fareed Zakaria says it's over over there we must not need to put this on the credit card:

The Iraq war may not dominate U.S. news reports as the carnage drops, but a new report underscores the financial burden of persistent combat that is helping run up the government's credit card...

Because if those things had actually happened it would suck.

So I'm relieved none of them actually have occurred.

Thanks Fareed.
Posted by Attaturk at 3:53 AM