What have the Kagans been wrong about now? 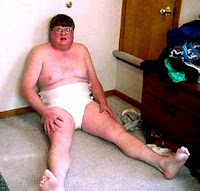 Well, this was pretty much already noticed by the blogs that haven't continuously lied and overstated what is actually happening in Iraq -- while it was hailed by various and sundry Kagans. But let's just move on with this shall we:

Iraq's parliament this month passed a new de-Baathification bill, which awaits only expected approval by the five-member presidency council before becoming law. Much remains to be done, but this is an important step toward political reconciliation

More than a dozen Iraqi lawmakers, U.S. officials and former Baathists here and in exile expressed concern in interviews that the law could set off a new purge of ex-Baathists, the opposite of U.S. hopes for the legislation.

Approved by parliament this month under pressure from U.S. officials, the law was heralded by President Bush and Iraqi leaders as a way to soothe the deep anger of many ex-Baathists -- primarily Sunnis but also many Shiites such as Awadi -- toward the Shiite-led government.

Yet U.S. officials and even legislators who voted for the measure, which still requires approval by Iraq's presidency council, acknowledge that its impact is hard to assess from its text and will depend on how it is implemented. Some say the law's primary aim is not to return ex-Baathists to work, but to recognize and compensate those harmed by the party. Of the law's eight stated justifications, none mentions reinstating ex-Baathists to their jobs.

"The law is about as clear as mud," said one U.S. senior diplomat.