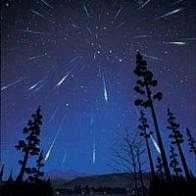 A new and rather devastating report on conditions in the United States citizens came out yesterday and it is disturbing:

More than one in seven American households struggled to put enough food on the table in 2008, the highest rate since the Agriculture Department began tracking food security levels in 1995.


Meanwhile, leading conservative voices continue to demonstrate their "seriousness" in the manner you've come to expect:

Beck on health care: "We're the young girl saying 'no, no, help me,' and the government is Roman Polanski"

Meanwhile, for those actually reading this post close to when it's posted. If it is clear, go outside, watch the Leonid meteor shower for a few minutes and try to forget the idiocy. And then report back. It should be going on until dawn.

[cross-posted at Firedoglake]
Posted by Attaturk at 3:32 AM