But Will It Play in The Heartland? 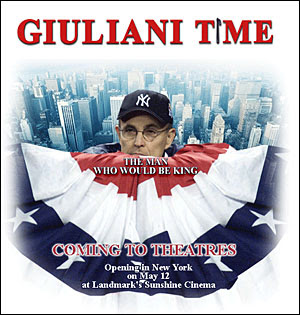 This week, Peter J. Boyer, writing in The New Yorker tells me:

The common refrain among New Yorkers is that although Giuliani showed leadership on the day of the terrorist attacks, in the preceding months he had been a spent and isolated lame duck, his viability sapped by churlishness and the spectacle of his unattractive personal dramas. But to many in the heartland Giuliani was heroic for what he did in New York before September 11th: his policy prescriptions and, mostly, his taming of the city’s liberal political culture—his famous crackdown on squeegee-men panhandlers, his workfare program, his attacks on controversial museum exhibits (“The idea of . . . so-called works of art in which people are throwing elephant dung at a picture of the Virgin Mary is sick!”), and the like.