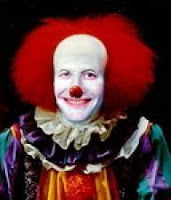 No wonder the Washington Post snatched Bill Kristol up, you cannot be so wrong so consistently and not catch the affections of Fred Hiatt.

Since Election Day, the GOP has been nowhere to be seen and Obama's popularity has soared, but the Democrats' edge over the Republicans in the generic congressional ballot of the Rasmussen poll hasn't increased at all.

Forty-six percent of those questioned in a Diageo/Hotline survey released Wednesday say they would support the generic Democrat in the 2010 elections for the House of Representatives, with 22 percent backing the generic Republican candidate. That's a 24 point lead for Democratic congressional candidates in the so called "generic ballot" question

Bill Kristol is going to demand a raise.