The Internets, YOU'RE DOIN' IT WRONG! 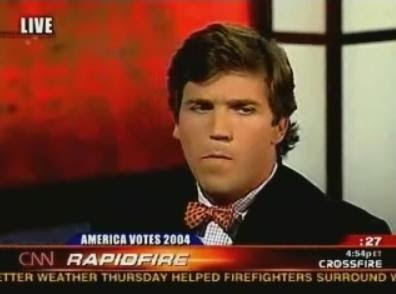 Tucker Carlson determined to fail at every major communications medium!

“Pundit Tucker Carlson publicly announced Tuesday that a right-leaning news site resembling the Huffington Post he’s been planning will go live within weeks … ‘Tell the truth, and be accurate,’ Carlson said of the venture’s goals.

Wow, failed in the first sentence.

Thanks to Fark, here's a still of Tucker seeing his career swirl down the drain while Jon Stewart was handing the former his own retentive ass.
Posted by Attaturk at 6:46 AM