Goodbye last vestige of this... 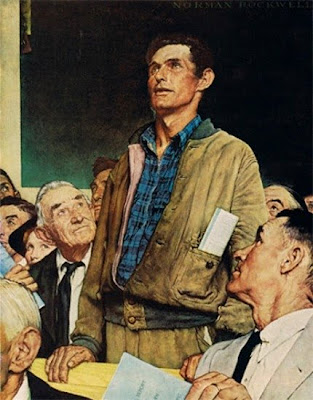 Today’s decision in Citizens United v. FEC abolishes the previously settled distinction between corporate and individual expenditures in American elections and would appear to apply to state and local elections as well as Federal ones given that the Court recognizes such a First Amendment right. This is literally an earth shattering change in the lay of the land in campaign finance, and it will have ramifications in every way imaginable for the foreseeable future.

The underwritten world of teabaggery is the new free speech...because if there's one thing that will be true about it, getting heard will NOT be free at all.
Posted by Attaturk at 9:44 AM