The Super Bowl of Hypocrisy 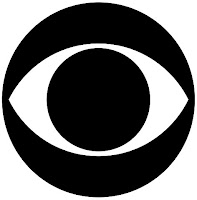 I know we've picked on Fox -- especially its news network for years for being nothing but Republican Agitprop. However, as Daily Kos diarist Mistersite notes, CBS is getting ready to show some real hypocrisy as well.

A few years ago, when they last had the Super Bowl -- which is, by the way, the Super Bowl of Advertising -- CBS rejected an ad from the United Church of Christ which encouraged tolerance in the Christian Faith, including the acceptance of gay and lesbians as congregants. The reason was it took a position on a controversial subject. Apparently, it's controversial if gay people go to church. It also rejected other message ads...most from progressive groups.

We now reach the present. And CBS is apparently going to have no problem allowing an anti-choice ad from Tim Tebow (ironically, a Brett Favre-like object of a media man crush -- except imagine Brett Favre as a proselytizing bible-thumper, yeah it's that horrific). Last year, NBC rejected an anti-abortion buy. The ad is from Focus on the Family, America's exclusive source for the wisdom of James Dobson -- from beating your dog to showing your son your junk in the shower being the height of fatherhood.