Freebasing with the base 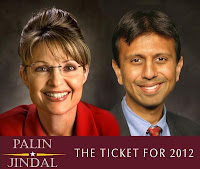 A handful of Republican governors are considering turning down some money from the federal stimulus package, a move opponents say puts conservative ideology ahead of the needs of constituents struggling with record foreclosures and soaring unemployment.

Still I'm sure that this reluctance to take Federal money has NOTHING to do with their desires to impress the ever shrinking GOP base. So I expect Jindal and Barbour to write big reimbursement checks for that Hurricane Katrina relief money. And Perry can do the same for those funds paid out in the wake of Rita and Dolly. And Palin can say that -- purely out of principle -- Alaska will stop being the number one recipient per capita of federal pork and give most all of it back (the Ted Stevens' Hulk Memorial will, however, not be smashed).

I'm sure the residents of each state will be more than happy to sacrifice themselves upon the altars of their governor's ambitions.

(picture from here)
Posted by Attaturk at 3:34 AM