Well, it was "minimum-security": 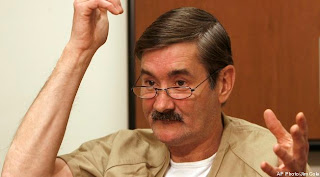 Seriously, the guy is also a convicted rapist so I do hope he is recaptured from whatever "bunker" he takes refuge in while ordering non-existent divisions to take to the field against the Russians.

On the other hand, this may be an opportunity to get some new inappropriate YouTube rants up.

"recaptured from whatever "bunker" he takes refuge in"

Has he had time to get elected to a Republican legislature yet?