The kiss of death

In the death knell for the McCain campaign, Joe Lieberman (Warcriminal - Connecticut) will place his lips upon Johnny McCain's weathered tuccus.

A move that will show McCain as pathetic to Democrats; and too liberal to conservatives. 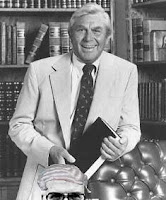 But the least politically attuned people on earth, the Wise Men of Washington (patent, Atrios) it will cause the kind of orgasms Broder reserves for "Matlock goes to London".

You know that Marshall "Bullshit Moose" Whitman is sticking to his underwear right now.
Posted by Attaturk at 6:51 AM