For those of you missing Res Ipsa's unauthorized

Giuliani bios, there is still hope:

Rudy Giuliani just told me at City Hall at his portrait unveiling that "the door's not closed" on the possibility of him running for president again in 2012.

He said he won't think about anything until after the November midterm elections, and that he gets encouraged by people as he travels.

Well, there must be a reason this still exists. 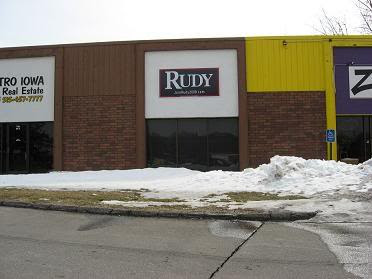 his last self-sabotaged, slow motion death spiral was a something to behold.

"the door's not closed" on the possibility of him running for president again in 2012.

JUDY: "'The door's not closed? HA!' You and those schmucks at the Times are kidding yourselves! The rest of America knows what I know, Rudy, and it ain't pretty: I BACKED THE WRONG HORSE!"

RUDY: "Well, maybe you should have stuck with one of your previous three horses, Judy".

JUDY: /hits him in the head with a rolled up newspaper "At least my kids aren't jailbirds, Rudy! I could have given her that lipstick -- and it would have been in a color that actually becomed her, not some crappy coral that only looks good on little old ladies from the cheap neighborhods of Palm Beach". You know, the ones who DIDN'T come out and vote for you in the primary you staked everything on?"