Go to the Mirror

And look at the continuing definition of "America's Enemies" 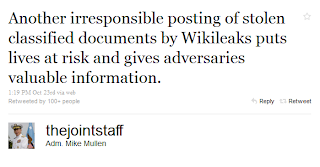 Oh look, to the shock of no one it's a trend.

If you have any desire to know how your non-budget reported tax dollars have gone in our awesome infinite -- perhaps infinite -- War on a Noun, you sir and/or madam, are no patriot.

No, the Pentagon will have you know it's all gone splendidly, as usual!

An intense military campaign aimed at crippling the Taliban has so far failed to inflict more than fleeting setbacks on the insurgency or put meaningful pressure on its leaders to seek peace, according to U.S. military and intelligence officials citing the latest assessments of the war in Afghanistan.

Is this real, or just something made up for the post? Source?