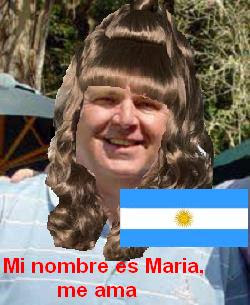 Maria,
Mark Sanford met a girl named Maria,
and suddenly the name
will never be the same to me.

Jenny doesn't have anything better than a farmer tan apparently.
Posted by Attaturk at 6:49 AM