Hey, look at that:

Reporting from Tehran -- Pressing their claim to victory, pro-government supporters staged a mass rally in Tehran on Tuesday, responding to calls from state media to come out in support of President Mahmoud Ahmadinejad and against protesters they described as "looters and arsonists."

You could tell they supported Ahmadinejad because they were wearing Brooks Brothers suits, chanted "shut it down" in regard to any recount and referred to the leader of the other side Mir Hossein Mou-sore-loserman. In addition, it should be noted that John Sweeney has some free time for organizational twitering beyond asking for "a good criminal lawyer who doesn't burn through a retainer two days after you pay it". 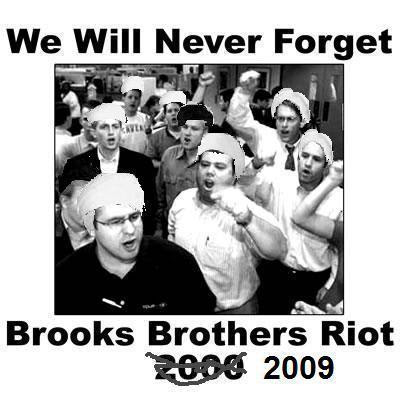 [Cross-Posted at Firedoglake]
Posted by Attaturk at 3:33 AM