There's really only one thing to say... 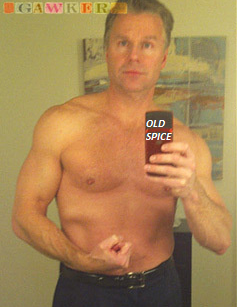 Showing his technique with the other hand.

My Fave: Any of you ladies a veterinarian? Because these pythons are sick!
~

I have the feeling that this fellow was destined to have an extracurricular career that might have rivalled that of Wilbur Mills.

He just wasn't in Washington long enough to run into this generation's Fanne Fox.

But, think about this--he's a Republican
"family values" U.S. Representative who's hiding his identity for purposes of skulduggery by claiming to be a lobbyist.

Makes one wonder if he thought Congress was just OJT for the real work he wanted to do....

if only there was photo evidence on vitter.

"Hello ladies, u can haz me cheap!"

Some Congresscritters must be very bored with themselves, which makes sex on the side such a pleasant diversion.
At this rate, Obama has little to worry about, as they self destruct and find they have nothing to bring to the table except their bare chested naked photos displaying their twitted peckerwoodies.
vox

He isn't the first or will be the last but he is incredibly stupid to troll for sex on a public website using his real name. (ooh shaving 10 years off your age and saying you are a lobbyist is really a great cover). It used to be that spies and politicians were warned about falling into the honey trap because it made them susceptible to blackmail and doing the bidding of foreign countries. This guy didn't fall for it, he went looking for it. Plus he's a lying sack of shit. I hope his wife kicks him to the curb and doesn't look back.