The Public has Spoken

The most watched speaker in all of politics is...


Nielsen estimates that there are roughly 289.7 million TV viewers in the United States. Of those viewers, 14.7 percent watched Biden’s speech on the final night of the Democratic National Convention in Charlotte.


Here are the final tallys: 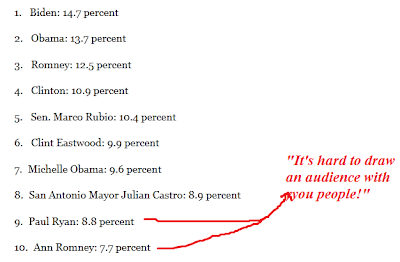